The 1966 Disneyland Voyage Thru Inner Space Omnimover was the first ride system that enabled show designers to direct guest viewing directly at scenes rather than be restricted by a fixed view of the preceding ride vehicle. This was enabled by a rotating and tilting seat arrangement supported on linear track guided vehicles. In 2012, Oceaneering Entertainment Systems developed what may be the ultimate show viewing ride system of all time - one that will provide show scene presentations completely unrestrained when compared to all previous ride systems. 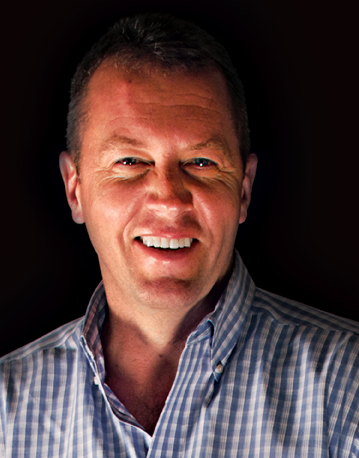 Dave Mauck
Vice President & General Manager
Dave began his career at Oceaneering working with Remotely Operated Undersea Vehicles, deployed with equipment he had designed for notable air disaster recovery and salvage efforts worldwide. In 1992, he led the field engineering efforts of the JAWS! Re-build for Universal Studios Florida. Bitten by the theme park bug, he was the driving force behind Oceaneering Entertainment Systems becoming formally established in Orlando in 1994 as a separate division of the company. 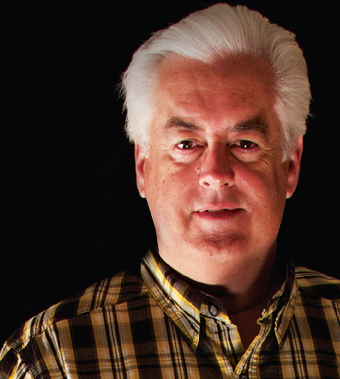 Manager of Business Development
With Disney experience in operations and new project work including Epcot, Disney Cruise Line and Disneyland Paris, for the past 16 years Bill has focused on show and ride development, installation, and start-up of various major domestic and international attractions in the U.S., Europe, Asia and the Middle East. At Oceaneering he is responsible for market research, product development, branding, marketing and sales efforts. “Helping Storytellers Move Your Audience” is his mantra.

Eliminating completely any fixed floor track installation, allowing an economical flat floor, and using free traveling, self-powered vehicles equipped with motion base passenger seating, the Revolution Tru-Trackless Ride System will give show designers unparalleled show design freedom. No longer will a show ride experience be confined to a linear path. Travel through a show environment can be complete variable as to travel path, speed, scene viewing, and load/unload configurations.

Ride vehicles can be dispatched as soon as guests are loaded, with no waiting for other vehicles to finish loading. Individual vehicles can take differing routes through an adventure - which can provide nearly unlimited guest experiences. Shows can take advantage of ride experience re-programming at any time so that guests will be able to enjoy entirely variable individual show experiences. The Tru-Trackless Ride System is the show designer's ultimate flexibility dream come true.

The vehicles are battery powered, responding to central programming commands including vehicle-to-vehicle communication thru GPS positioning methods. Vehicles' batteries are charged during load stops and do not need additional nightly charging requirements. Each vehicle is supported and propelled by fully-steered wheel assemblies. Seating sections can rotate and tilt in any direction independent of the vehicle motions.

As noted above, the developers of this system have created intelligent vehicles that can designate and navigate their own non-linear ridepaths, as well as interact with other vehicles in real time, creating ride scenarios that are different every time.

The Oceaneering Tru-Trackless Ride System is more than deserving of the Themed Entertainment Association Technical Breakthrough Thea Award since it will provide the entire themed entertainment industry with the ability create a new level of compelling experiences nearly unconstrained by existing ride systems.

About the Thea Awards
The Thea Awards, sponsored by Economics at AECOM, were created by the Themed Entertainment Association (TEA) to help realize a key mission of the association: bringing recognition to achievement, talent and personal excellence within the themed entertainment industry. From a modest beginning in 1994, the Thea Awards have become internationally recognized as a symbol of excellence. The public is welcome to attend the black-tie 20th Annual Thea Awards Gala, which will be held April 5, 2014 at the Disneyland Hotel, Disneyland Resort, Anaheim Calif. USA. Tickets may be ordered online at teaconnect.org.
Posted by Judith Rubin at 10:44 PM