The Song of an Angel, Universal Studios Japan, to receive Thea Award for Outstanding Achievement from TEA

In Universal Studios Japan's recreation of Gramercy Park/New York City, a nightly, seasonal overlay blends local-cultural relevance with the magic of Christmas in the big city. Playing to an audience where Western holiday pageantry and religious significance are not inbred, “The Song of an Angel” works its magic by overlaying the Japanese reverence for young love and emotional aspects of marriage, onto the familiar western music, and themes of the Christmas holiday. 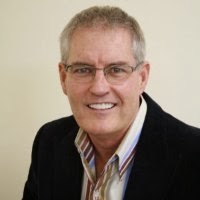 At the 2014 TEA Summit
Mike Davis, Executive Producer, Universal Studios Japan
will speak about this project during
Thea Case Studies Day, April 4
Mike Davis is a seasoned senior executive who has been creating and producing shows and events for the past 35 years for Universal, Disney and various clients around the world. Some of his award winning and memorable productions include The Song of an Angel and Peter Pan’s Neverland (Thea Award recipients) and the Magical Starlight Parade, The Gift of Angels and Universal Rainbow Circus (IAAPA award recipients). He produced the only authorized, 30-minute version of the Broadway musical WICKED and such groundbreaking shows as Fantasmic and the Lion King Parade at Disneyland.


Projection mapping is deployed onto the Gramercy Park facades to produce an ever-changing romantic backdrop to frame the 25-minute spectacular. It begins with a Christmas Eve marriage proposal set in the snowy hustle and bustle of New York City. Then, the wintry setting is transformed into saturated stained glass, with color and Gothic motifs creating a massive formal environment for the wedding ceremony. In the final act, the newlyweds celebrate their union and the joy of the season in a riot of iconic Christmas symbols, enhanced by guest participation (electric candles), fireworks, an enormous Christmas tree (holding the Guinness record for the greatest number of lights), and above it all, masses of angels.

The story is enacted by a large cast of nearly 50 performers, appearing first as family and city dwellers, then as cathedral choirs, and finally as angels on high trumpeting the joy of the season and love for the start of a new family.

Many productions around the globe have made great use of projected mapping on architectural facades, but what makes The Song of an Angel exceptional is the way in which mapping technology is integrated into fully-staged performance and emotional storytelling. Adding to the projection on existing facades, temporary stages and projection surfaces have been built for the show to allow the large cast to perform at all levels and areas of the massive environment. This culminates in a finale where practical roof structures add to the multi-leveled performance stages, allowing angelic performers to preside over the festivities from far above.

The depth and height of the various stages conceals dimensional sets and theatrical lifts which add to the visuals at dramatic points in the program. For example, during the “stained glass wedding ceremony”, an overarching angel performs an operatic solo, while rising up from behind the bride and groom exchanging their vows.

Music, live performance, projections, sets, costumes and pyrotechnics work together to build an emotional arc that reaches out to a culturally unique audience. This spectacular display of western traditions and customs, frames a warm story of Japanese domestic relevance. With this show Universal has defined the term “Event Spectacular” and bridged a cultural divide. This is a live performance that is stunning and emotionally engaging for all.

About the Thea Awards
The Thea Awards, sponsored by Economics at AECOM, were created by the Themed Entertainment Association (TEA) to help realize a key mission of the association: bringing recognition to achievement, talent and personal excellence within the themed entertainment industry. From a modest beginning in 1994, the Thea Awards have become internationally recognized as a symbol of excellence. The public is welcome to attend the black-tie 20th Annual Thea Awards Gala, which will be held April 5, 2014 at the Disneyland Hotel, Disneyland Resort, Anaheim Calif. USA. Tickets may be ordered online at teaconnect.org.
Posted by Judith Rubin at 11:35 PM