Day One (April 3) of the 2-day TEA Summit of the Themed Entertainment Association is a limited-seating Executive Master Class. Visit the official blog for more information about the TEA Summit.

When you're part of a niche market like the Themed Entertainment Industry, negotiating through export.gov can be a daunting task. But ignore it at your peril! Get those credit references and run the
background checks before you head to meet with that foreign client. Learn about in-country support services to help you identify the players you should be meeting. Cynthia Torres demystifies who’s who and what they can help you with. 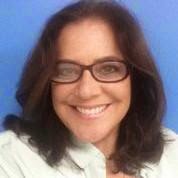 Cynthia Torres has served at U.S. Department of Commerce; International Trade Administration’s U.S. & Foreign Commercial Service, for the past 13 years and is part of a global network of international trade professionals charged with assisting American businesses to sell their goods & services around the world.

Ms. Torres has served as the Director of a U.S. Export Assistance Center in the California low desert region, as the Global Team Leader for the energy sector, and has most recently, completed an assignment as the Acting Principal Commercial Officer in Guadalajara, Mexico.

In her leadership capacity, she has been responsible for the development and implementation of regional trade strategies, partnership building, congressional & media outreach, export promotion, trade policy review and client development with direct counseling on industry specific issues effecting policy developments and market entry strategies.  She has covered a broad range of industries but maintained a key focus on the energy sector with emphasis on renewable energy.

She holds a BA in International Business from San Diego State University and regularly cultivates continuous learning opportunities.  Ms. Torres is a native Los Angelino, has family & friends throughout the Southland, is an avid dog lover and enjoys spending lazy afternoons with her four year old nephew.
Posted by Joe Kleiman at 12:51 AM